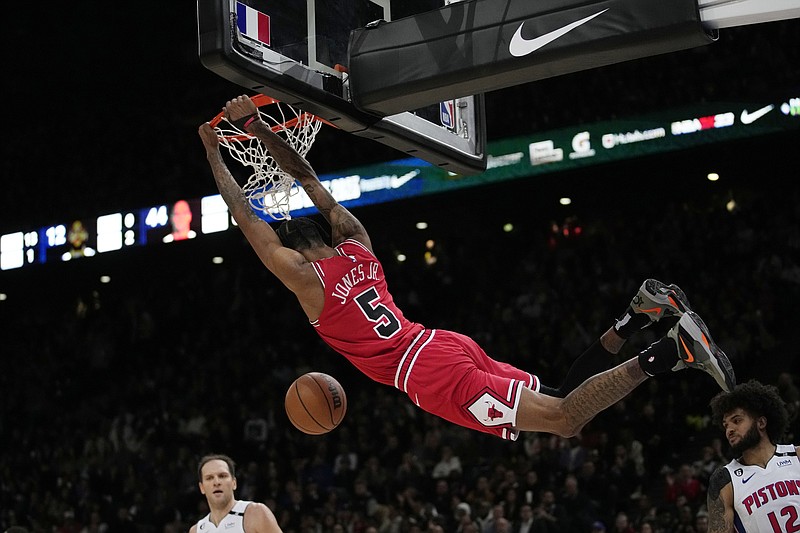 PARIS (AP) -- With Victor Wembanyama sitting courtside and watching some of the players he'll go up against next season, Zach LaVine scored 30 points and the Chicago Bulls never trailed in a 126-108 win over the Detroit Pistons at the NBA Paris Game on Thursday.

Bojan Bogdanovic led the Pistons with 25 points. Killian Hayes, the only French player on either roster, scored four points for Detroit on 2-of-13 shooting, but had a game-high eight assists.

Hamidou Diallo had 17 points on 7-for-8 shooting for Detroit, while Saddiq Bey and Jaden Ivey each scored 16 for the Pistons.

It was the capper to several days of celebrating the NBA in France, after both teams took part in clinics, touristy events like visits to the Eiffel Tower, some upscale dinners and even a private show for the Pistons at the Paris Opera House.

And while the game counted -- Chicago (21-24) stayed in 10th in the Eastern Conference and what would be the last play-in spot with the win, while Detroit fell to 12-36, the second-worst mark in the NBA -- it also was no mundane middle-of-the-season regular-season matchup.

"I don't want to quite compare this to All-Star," NBA Commissioner Adam Silver said, "but it's the closest thing to a European All-Star Game that we have."

It was also a celebration of the continued strength of the international footprint on today's NBA game. When the Bulls and Michael Jordan -- along with B.J. Armstrong, then a Bulls guard, now an NBA agent who was at the game Thursday -- played in Paris during the preseason in 1997, about 1 of every 14 NBA players was born outside the U.S.

"It is special because we're representing not only Detroit, but the NBA," Pistons coach Dwane Casey said. "And we're trying to put the brand in a good place -- in a place where basketball is taking off."

Wembanyama and his family made their way to courtside seats about 15 minutes before tip-off, immediately attracting a huge crowd. When the camera found him and he was shown to the French fans on the big in-arena screens in the second quarter, he clapped and smiled, as did his mother seated one row back over his right shoulder -- as the crowd positively roared in delight.

Both teams are flying home Friday.

Pistons: Jalen Duren had an imperfect start to the trip -- he misplaced his passport -- then got that settled and had a perfect shooting game, 4-for-4 from the field on his way to a 11-point, 12-rebound effort. ... Isaiah Stewart grabbed 11 rebounds.

The NBA has teams in the U.S. and Canada, of course, and this game in France pushed the list of nations where the league has played or practiced this season to seven.

Mexico played host to a game between San Antonio and Miami last month. The Heat also had training camp in the Bahamas, and the league went to two other countries for preseason games -- Golden State and Washington played twice in Japan, while Milwaukee and Atlanta played twice in the United Arab Emirates.

It was a "home" game for the Pistons, even though Paris is about 4,000 miles from Detroit. As the home team, the Pistons got to bring a slew of staffers on the trip -- including some game operations workers and members of the stat crew that works at the scoring table.

James Capers, Karl Lane and Natalie Sago got sent to officiate the game. All three referees had games Saturday in the U.S., then traveled to Paris. 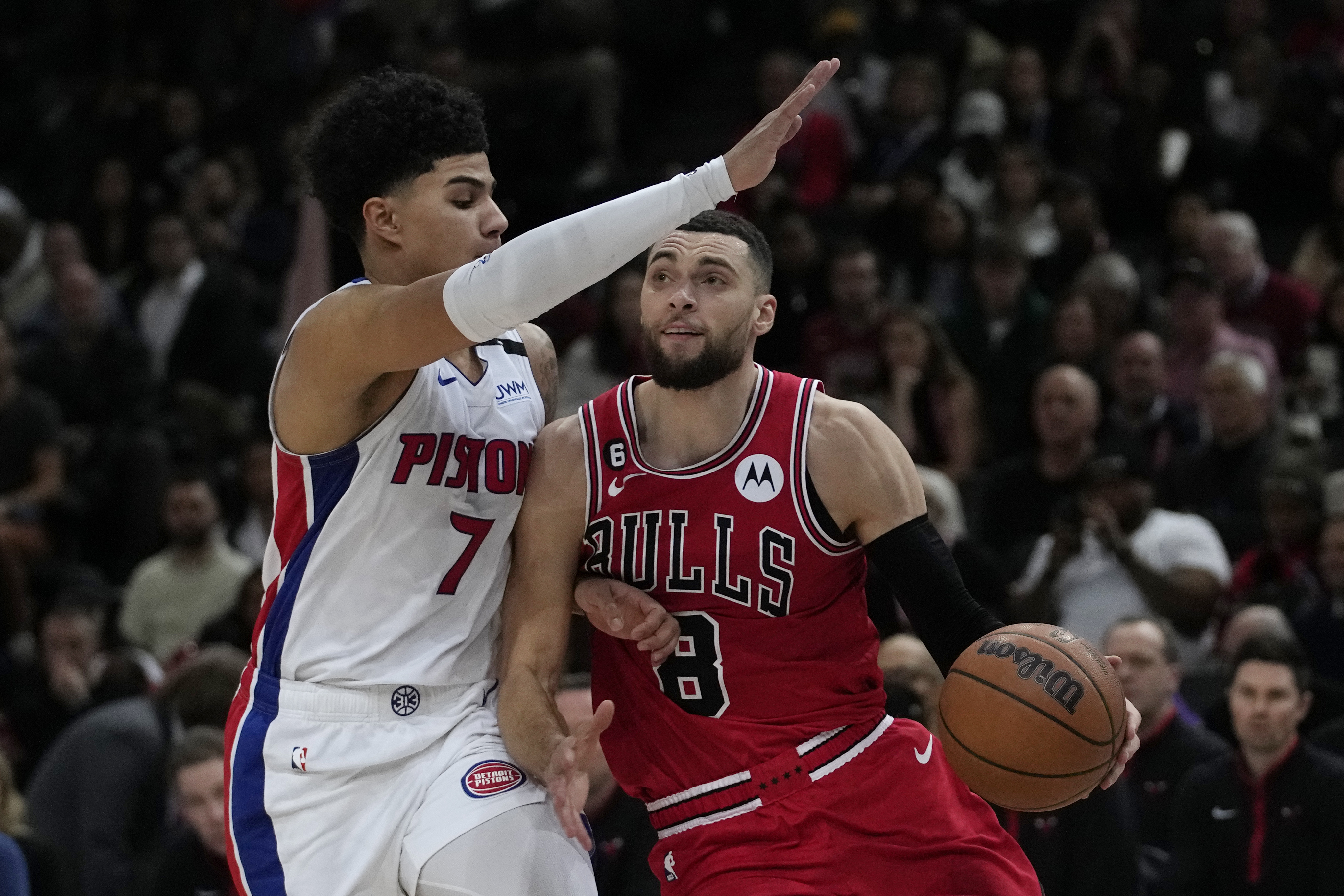 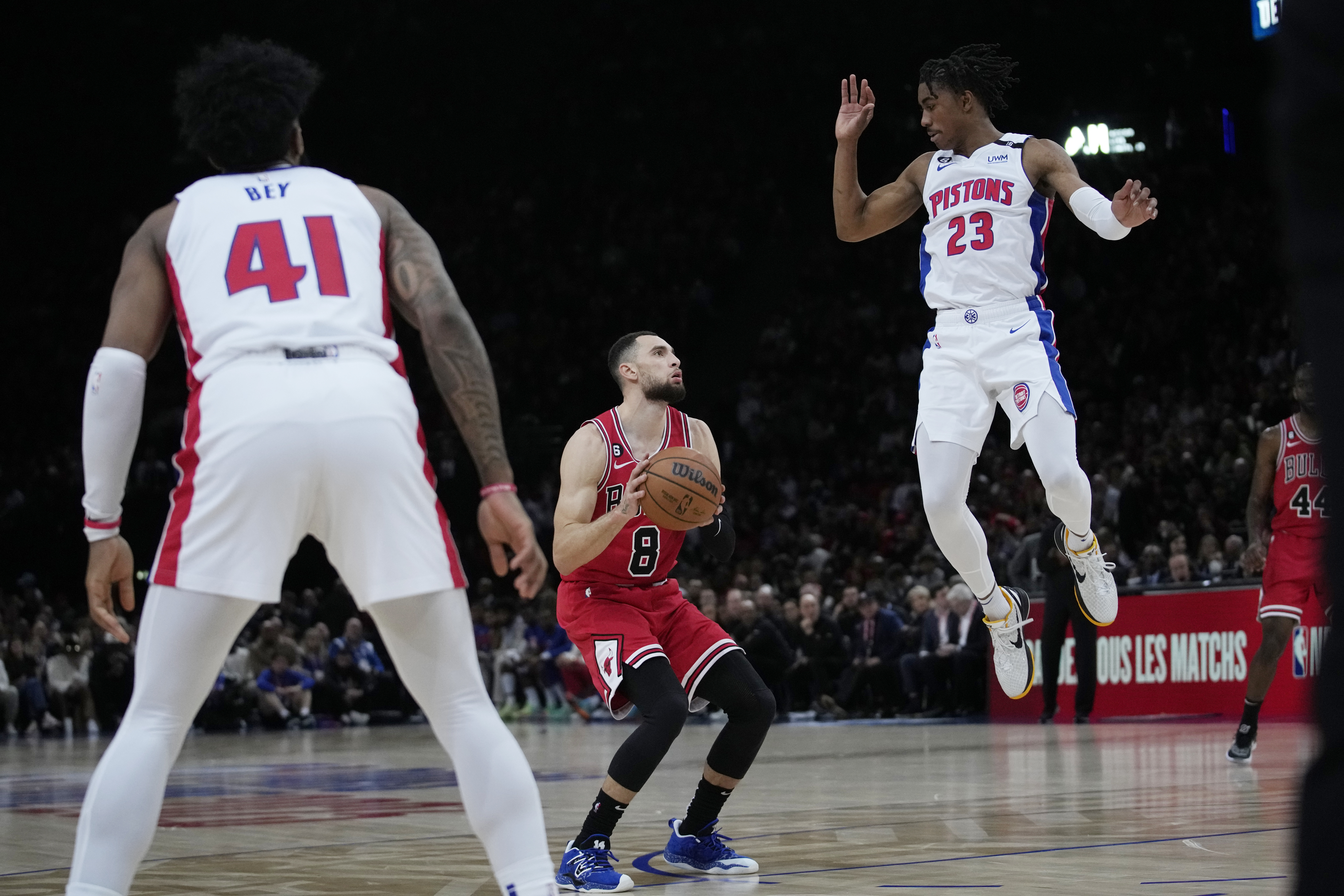 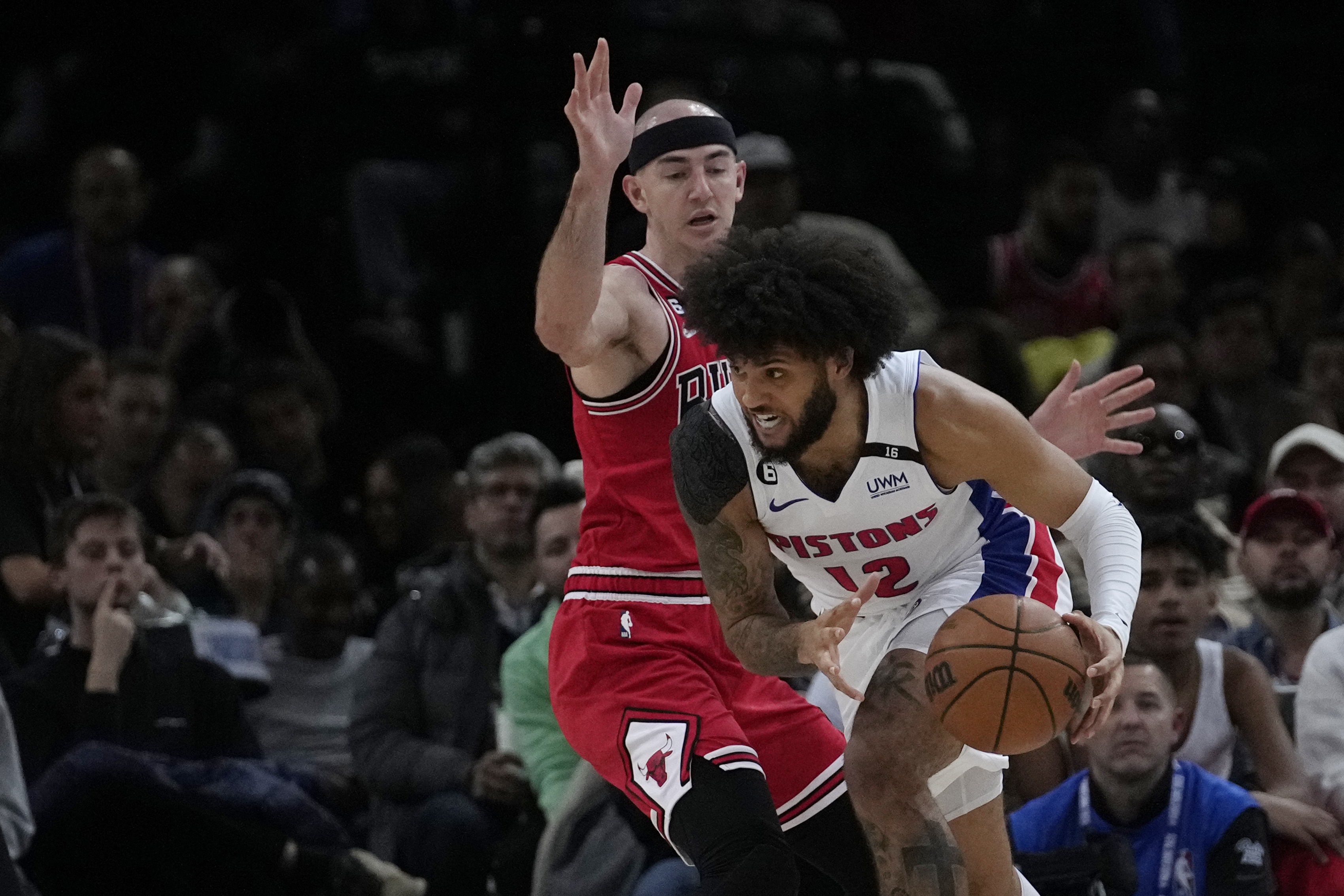 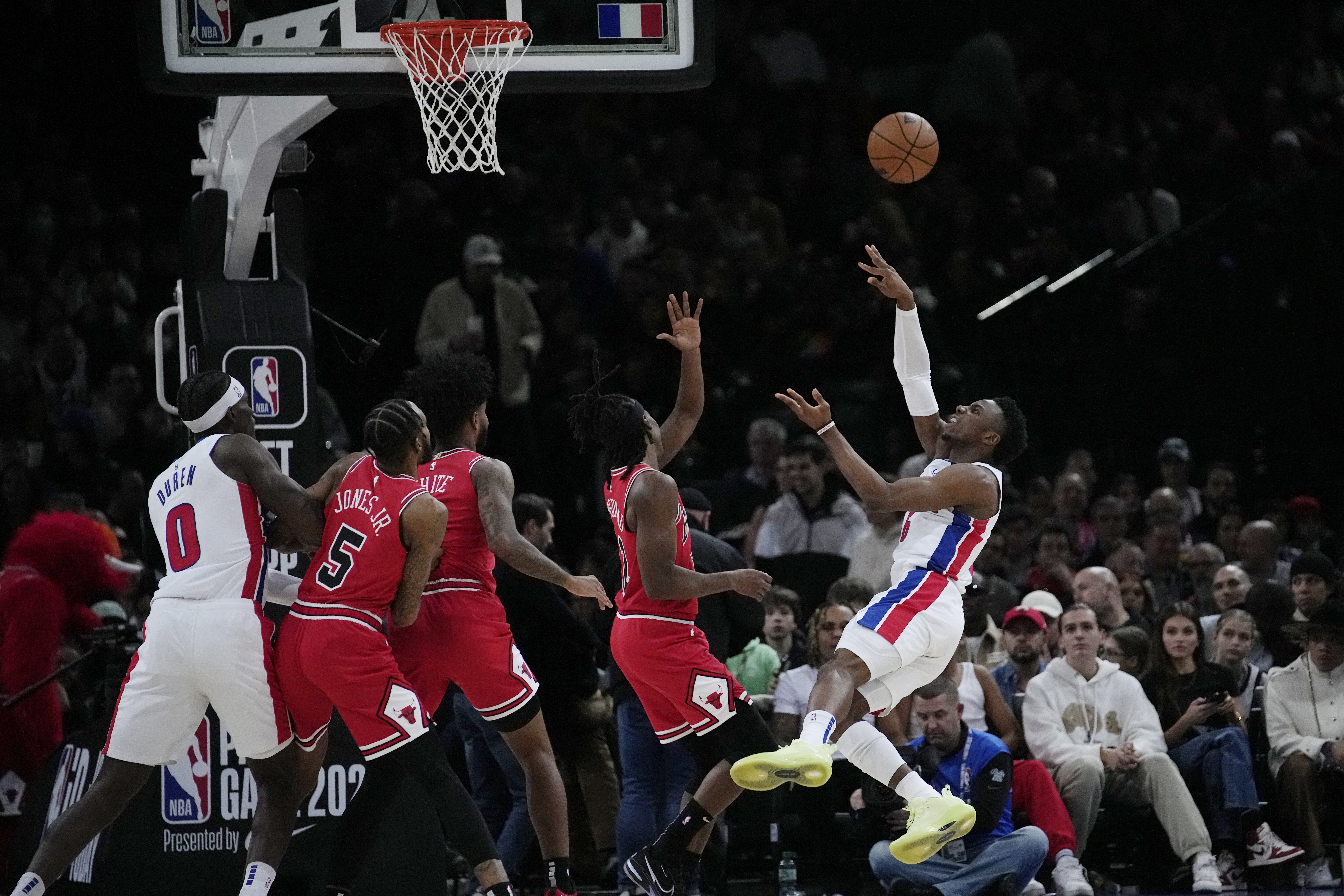 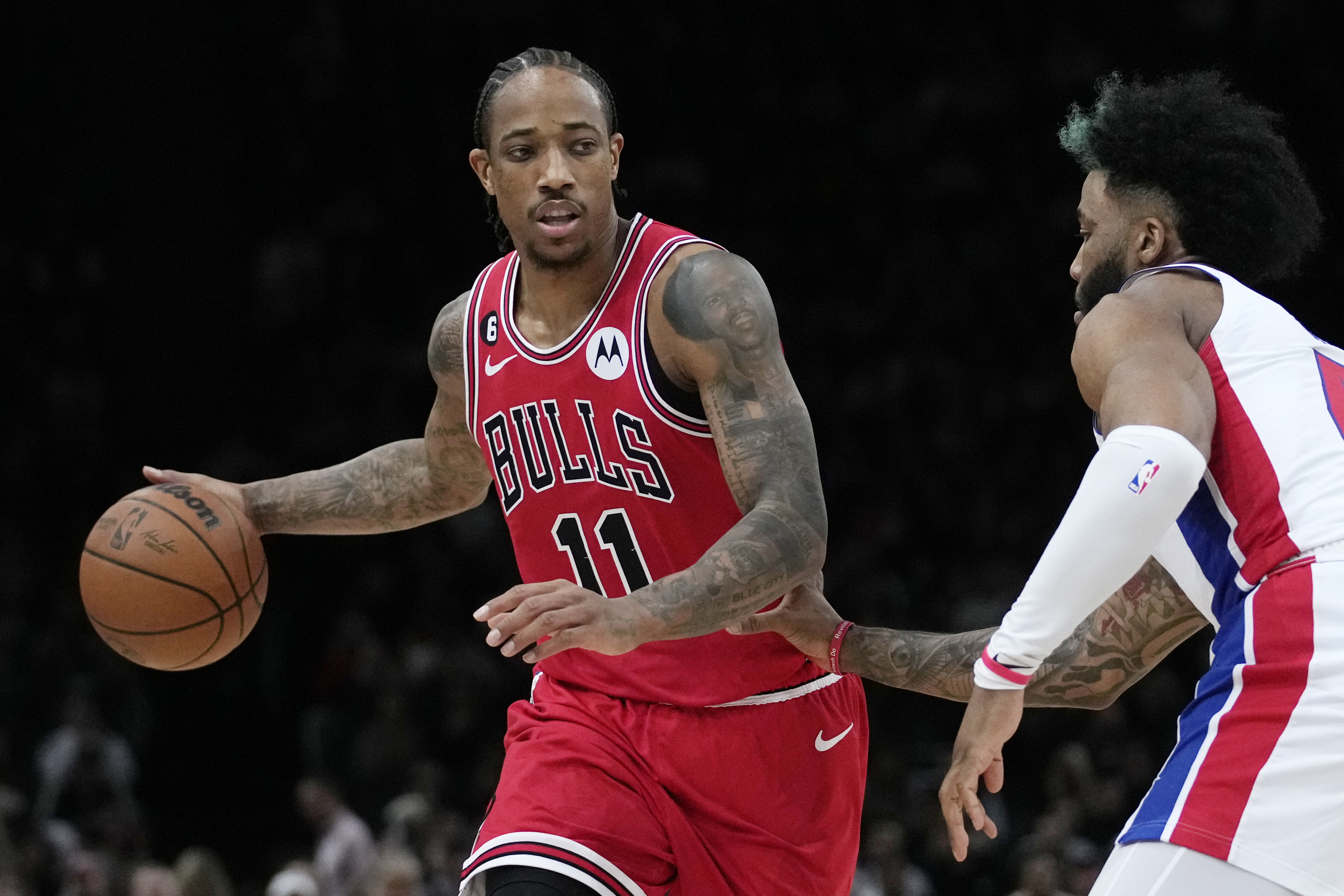