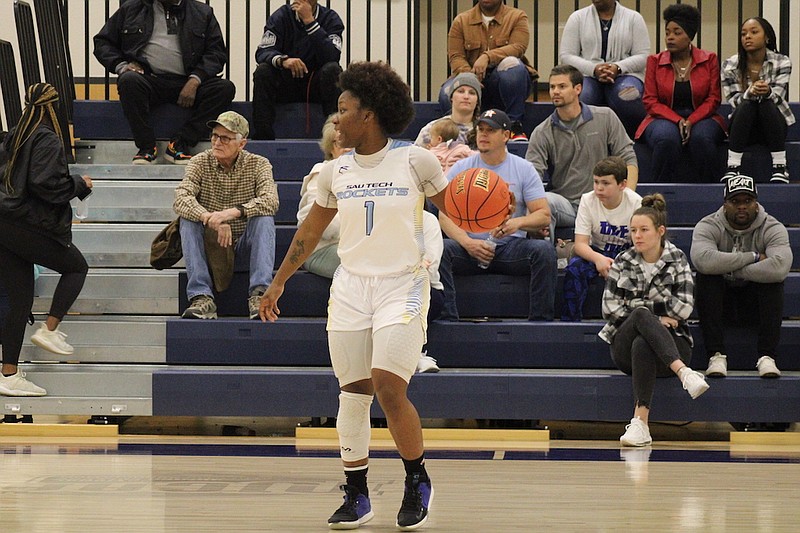 Photo By: Michael Hanich SAU Tech guard Sh'Diamond McKnight looks for a play in the game against National Park College.

This past Saturday was the end of a two-game week for the SAU Tech Lady Rockets. This past Thursday, the Lady Rockets took care of business on the road against one of the toughest teams in region play against Arkansas State Mid-South. The Lady Rockets won 52-43 on a big road game. Two days later, the Lady Rockets hosted the National Park College Lady NightHawks in another tough matchup. This was a game that demanded physicality from the Lady Rockets, but they were able to provide that and more as SAU Tech won 72-57.

The Lady NightHawks were tenacious at going for the offensive rebounds despite the size disadvantage. SAU Tech allowed some second-chance opportunities for the opposing team to get themselves within reach. Despite more scoring opportunities, the Lady NightHawks were 6-of-16 in field goals as the Lady Rockets outscored their opponents 17-15. SAU Tech took a 38-28 lead into halftime.

Both teams showed more emotions for better and for worse coming out of halftime. More defensive pressure came on both sides as they forced turnovers. With the more aggressive mentality came the carelessness of turnovers and fouls, including a technical against National Park College. SAU Tech was 6-of-16 in field goals in the third quarter but was 0-of-5 from the three-point arc. The Lady NightHawks found multiple ways to claw their way back to a single-digit game as they were 5-of-12 in field goals and 3-of-6 from the three-point arc.

The Lady Rockets had the 52-41 lead going into the fourth quarter as they needed to contain an overly aggressive Lady NightHawks, who played well defensively in the zone. Just as McKnight was dominant in the first quarter, she was just as dominant in the final quarter. She accounted for 17 points in the second half, most of them coming in the fourth. Head coach Aramie Brooks saved McKnight from a big push in the final quarter. SAU Tech was 7-of-17 in field goals and 6-of-7 at the free-throw line as National Park College had one final push offensively by making 7-of-15 in field goals. SAU Tech outscored National Park College 20-16 in this quarter to finish with a 72-57 win.

The SAU Tech Lady Rockets (12-2: 4-0 in NJCAA Region II play) are off to a fantastic start in their journey to potentially repeat as regional champs. The Lady Rockets go on the road Thursday night to take on one of their biggest rivals South Arkansas Community College Lady Stars (1-9; 0-2). 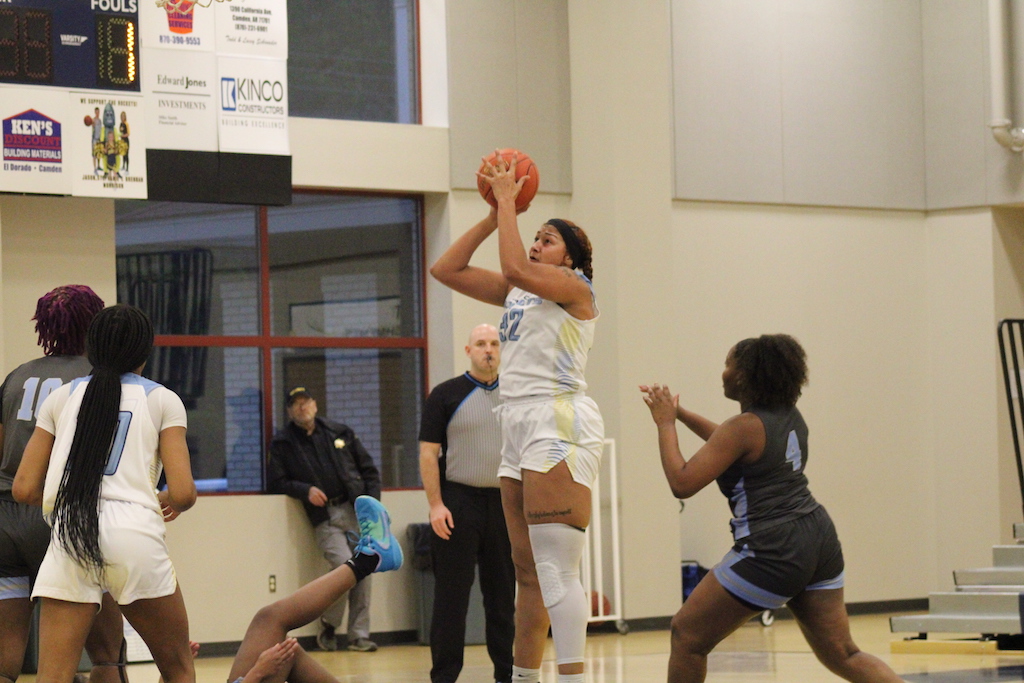 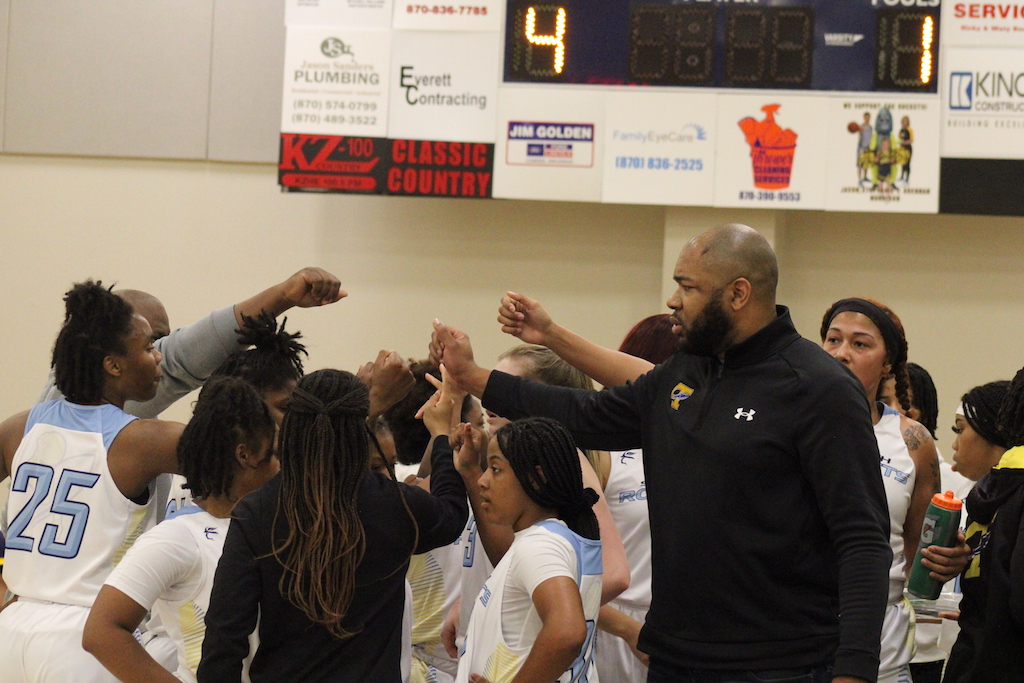 Photo By: Michael Hanich SAU Tech head coach Aramie Brooks breaks down a huddle during a timeout in the game against National Park College.