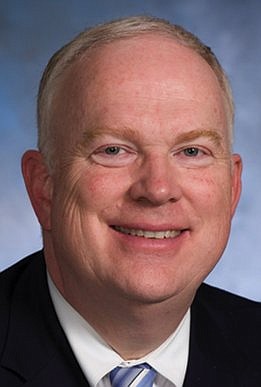 Arkansas is becoming one of the nation's logistics and distribution hubs. Along with its highways, airports and railroads, economic development officials across the state tout the ability to transport goods on the McClellan-Kerr Arkansas River Navigation System. At the time the system was dedicated by President Richard M. Nixon in 1971, it was the most expensive project in the history of the U.S. Army Corps of Engineers.

The first steamboat had plied the waters of the Arkansas more than 150 years earlier. The Comet arrived at Arkansas Post on March 31, 1820, after an eight-day trip from New Orleans.

"Within a few years, steamboats had traveled to the new territorial capital at Little Rock," Arkansas historian Charles Bolton wrote in a history of the river commissioned by the Corps. "By the 1830s, they were a common sight on the Arkansas River. ... The two-way transportation provided by the steamboat integrated Arkansas and the entire Mississippi basin into the economy of the American republic, creating opportunities for commercial agriculture and bringing up-to-date products and culture to the frontier.

"Steamboats also provided excitement and not a small amount of danger. William F. Pope, nephew of an Arkansas governor, boarded the Reindeer, an Arkansas River packet boat, at Louisville, Ky., on Sept. 30, 1832. A heavy load of passengers and freight and low water on the Ohio meant that the vessel hit every sandbar between Louisville and Paducah."

At Paducah, Pope looked on as two men went ashore to settle an argument. One man stabbed the other to death. A storm almost capsized the Reindeer. A cottonwood tree had fallen on a boat the Reindeer passed. Five people had been killed. The Reindeer passed another boat that was on fire. After arriving at Arkansas Post, Pope decided to ride a horse to Little Rock.

"Friedrich Gerstacker, a young German who visited Arkansas from 1838-41 to partake of the marvelous hunting, earned money by working as a fireman on a steamboat, a job that entailed not only stoking the blaze but carrying large pieces of firewood down slippery river banks," Bolton wrote. "Aside from its heavy work, Gerstacker noted that the job also offered the 'prospect of being blown up, no uncommon misfortune, thanks to the rashness of the American engineers.'

"More often than fires or exploding boilers, steamboats fell prey to snags (logs or whole trees that fell into the river, lodged themselves in the sandy bottom and projected upward). At best, snags were impediments that could be avoided by sharp-eyed pilots. At worst, they caused nasty accidents and threatened to halt navigation."

Low water was a problem for much of the year. At other times, there were floods. The Arkansas was an unpredictable stream. Pope wrote about a flood he saw in May 1833 that caused the river to cut across bends and carry away livestock and buildings.

"A survey done in 1870 indicated that steamboats drawing five to six feet of water were used routinely from the mouth of the Arkansas up to Little Rock," Bolton wrote. "From there to Fort Smith, a draft of three and a half feet was more suitable. From Fort Smith to Fort Gibson at the mouth of the Grand River in Oklahoma, only one foot would do. Around the middle of October, navigation usually ceased above Fort Smith and remained shut down for about two months.

"The uncertainties of navigating Western rivers and the tremendous importance of transportation to the American economy encouraged the U.S. government to become involved in what were called internal improvements, projects to improve the flow of people and goods across the vast and growing country."

In 1824, President James Monroe signed the General Survey Act, which allowed him to use the Corps to consider routes for the canals and roads needed for commerce and national defense.

"Among the results of that piece of legislation would be a military road from Memphis to Little Rock and another from Little Rock to Fort Gibson," Bolton wrote. "Also passed in 1824 was the nation's first Rivers and Harbors Act, which authorized the Corps to become involved with the improvement of seaports and inland navigation. The Rivers and Harbors Act of 1828 authorized work to remove obstructions from the Red River, a project that was important to settlers in southwest Arkansas."

Henry Shreve, who became the superintendent of Western rivers for the Corps in 1826, was the expert at removing snags. He built a boat named the Heliopolis. It was essentially two steamboats linked together at the hulls. Between the two bows was a steel-reinforced wooden ram used to loosen obstructions. The snags were then pulled from the water with a winch.

"Shreve removed snags from the Mississippi River for several years and then attacked the Great Raft of the Red River, more than 100 miles of tangled trees and other vegetation that made the river impassable," Bolton wrote. "Using four snag boats and large work crews, Shreve assaulted the raft between 1833-38, eventually opening the river to navigation from Natchitoches to the newly founded town of Shreveport. That gave a boost to land values in southwest Arkansas.

"Arkansas grew rather rapidly in the 1830s, becoming a state in 1836 and reaching a population of 98,000 by the end of the decade. The Arkansas River that served the state was also an avenue of transportation to Indian Territory. The Rivers and Harbors Act of 1832 called for the government to maintain a navigation channel from the Mississippi River to Fort Gibson."