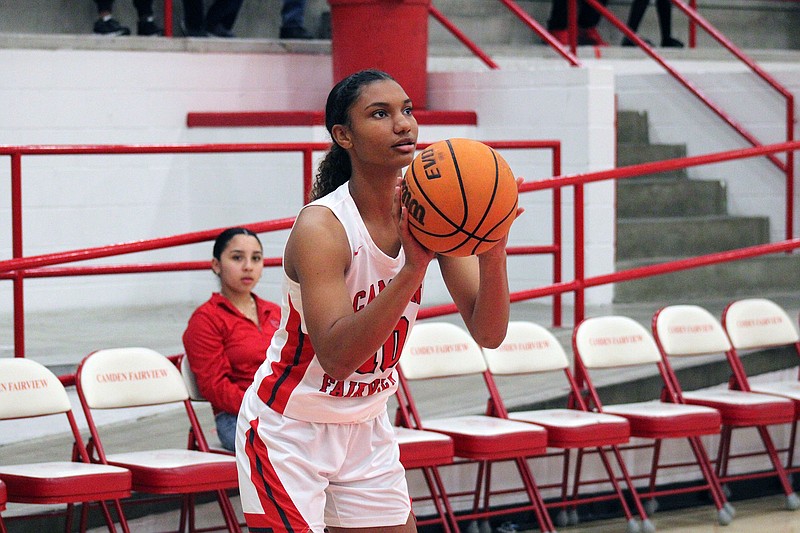 Last was an unusual one for all three schools in Ouachita County, as each school's varsity teams played two games each on the road. The Camden Fairview Cardinals, the Harmony Grove Hornets, and the Bearden Bears all played on the road in key conference matchups.

The Harmony Grove Hornets boys varsity team lost 46-43 at McGehee and 83-68 at Dollarway. In those games, however, the Hornets saw a standout performance from sophomore guard Za'Kyus Smith.

Like the boys' Hornets, the Camden Fairview Lady Cardinals found themselves facing tough losses last week. The Lady Cardinals took down the Malvern Leopards 55-31 on Jan. 17, but could not overcome some tough calls in their 47-40 road loss to the De Queen Lady Leopards. Among the most consistent playmakers for the Lady Cardinals was senior froward Karmen Johnson.

The Hornets came close to getting their second conference win of the season against the McGehee Owls, but couldn't manage to pull through. Both teams struggled on the offensive ends of the court, but the most impactful player for the Hornets was Smith. He was the team's leading scorer with 13 points, as he found ways to score from all over the court, getting to the basket even when the Owls stepped up their defensive pressure. Smith was also the Hornets' leader in rebounds, with eight, and assists, with two, while also accounting for a steal.

In the Hornets' tough road game against the Dollarway Cardinals, the offense had a hard time establishing themselves. While the Hornets did see other players like forward Quinten Jones step up, Smith was still the driving force of the Hornets' offense. Smith was the team's leading scorer with 28 points, shooting 10-of-20 in field goals and 5-of-6 from the free-throw line. He also led the team in pass deflections, with three, while also accounting for six rebounds, three assists and one steal.

Karmen Johnson has been the leader of the Lady Cardinals throughout the season. She has been the much-needed playmaker on offense and in making space for her teammates to take over as the facilitators of the offense.

In the 55-31 road win over Malvern, Johnson scored 14 points, with nine coming in the first half. Johnson's presence on the court has caused opposing defenses to key in on her, leaving opportunities for her teammates to create a solid performances. Senior guard Ja'Kyree Spencer was the team's leading scorer against Malvern.

On Friday, the Lady Cardinals went on the road to take on the De Queen Lady Leopards. Johnson was efficient in her ability to shoot and get to the basket. She was the team's leading scorer with 21 points, with 12 of them coming in the second half. She had eight free-throw attempts as she was efficient at drawing fouls from the opposing Leopards' defense, who were highly aggressive. Johnson is no stranger at getting the most aggressive defenses to foul her to get to the free-throw line.