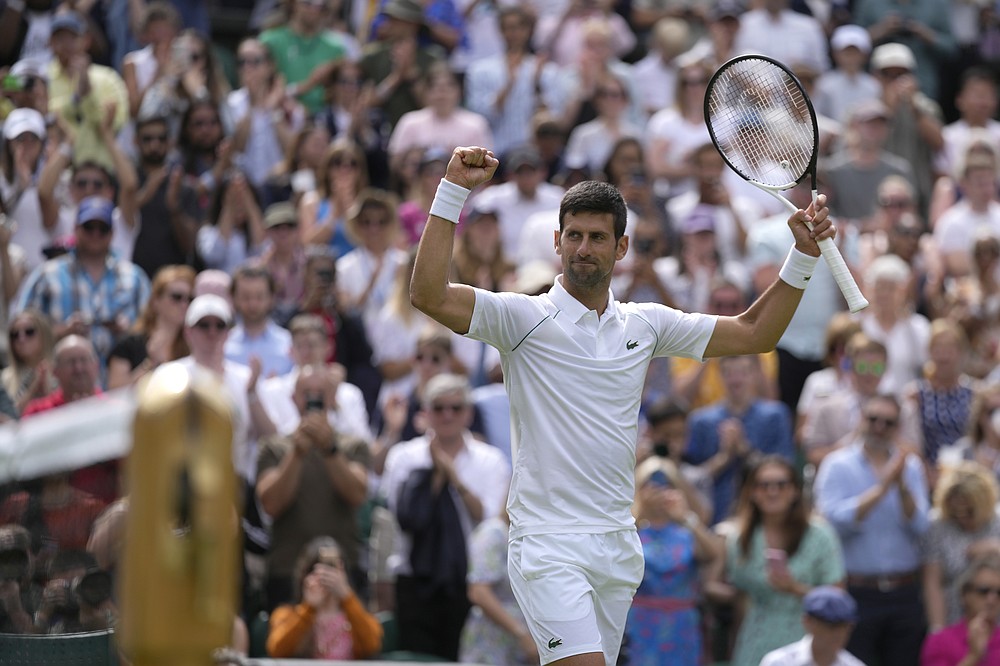 FILE - Serbia's Novak Djokovic celebrates defeating Australia's Thanasi Kokkinakis in a singles tennis match on day three of the Wimbledon tennis championships in London, Wednesday, June 29, 2022. Reigning Wimbledon champion Novak Djokovic famously decided not to get vaccinated against COVID-19 &#x2014; which prevented him from playing at the Australian Open in January following a legal saga that ended with his deportation from that country, and, as things currently stand, will prevent him from entering the United States to compete at the U.S. Open in August. (AP Photo/Alastair Grant, File)