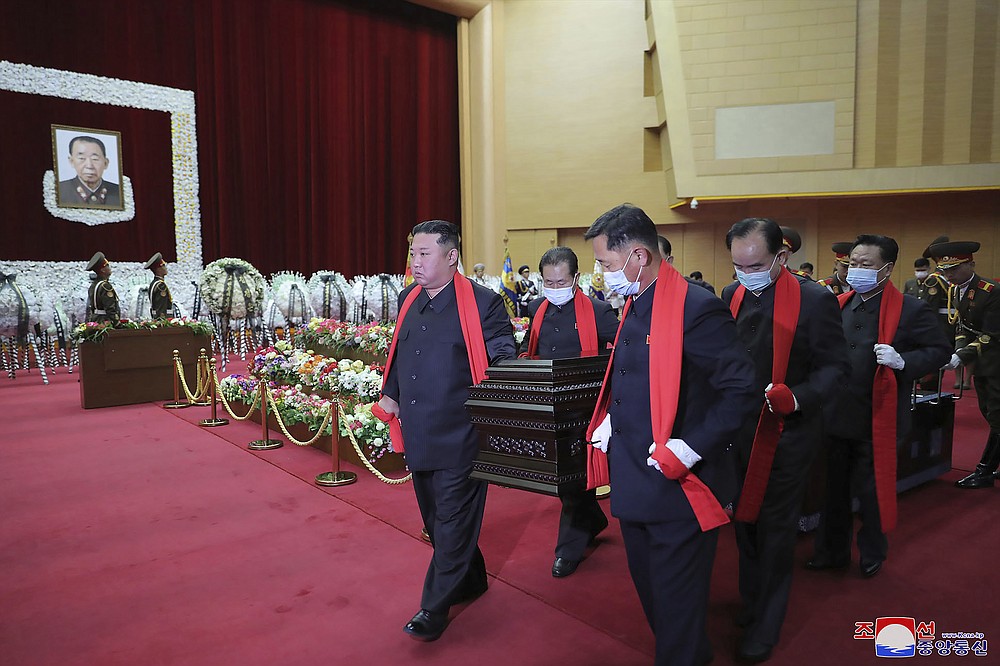 In this photo provided by the North Korean government, North Korean leader Kim Jong Un, front left, carries the coffin of Marshal of the Korean People's Army Hyon Chol Hae at the April 25 House of Culture in Pyongyang, North Korea Sunday, May 22, 2022. Independent journalists were not given access to cover the event depicted in this image distributed by the North Korean government. The content of this image is as provided and cannot be independently verified. Korean language watermark on image as provided by source reads: &quot;KCNA&quot; which is the abbreviation for Korean Central News Agency. (Korean Central News Agency/Korea News Service via AP)